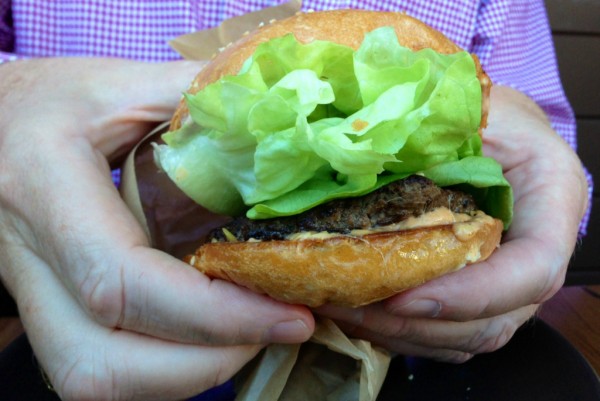 As consumers have become more educated on food quality and health matters, businesses adapt to new market demands.  That is why earlier this month McDonalds, Inc. released its Artisan Big Mac, in hopes of gaining a foothold in the trend savvy “foodie” market.

The Artisan Big Mac is the same as a traditional Big Mac; however, it is advertised as being made with local farm raised beef patties cut into less than perfect circles.  Additionally, the new artisan bun crumbles easily and is difficult to hold together, giving it an authentic feel and aesthetic.

“I think McDonalds has taken great steps towards becoming a member of the artisanal and small scale foods community,” said happy customer Jeremy Weigh.  “I wouldn’t eat here before because all their food was produced so uniformly.  Now, it almost looks and feels either home or amateur made.”

Not all customers have been impressed, though.  After noticing that the Artisan Big Mac was being offered throughout McDonalds’ franchises globally, Bethany Katz began researching the validity of the company’s ‘local farmed patty’ claim.  Her finding: that McDonalds in fact sourced its artisan patties from the same large-scale industrial farms its other meats come from.

Filing a lawsuit claiming fraud, Katz hoped to expose this marketing scheme, as well as retire early.  However, after two weeks in court, McDonalds was able to have the suit dismissed.

The company’s law firm – Williams & Connolly LLP – successfully argued that the definition of ‘Local Farming’ should be interpreted in the context of the modern business environment.