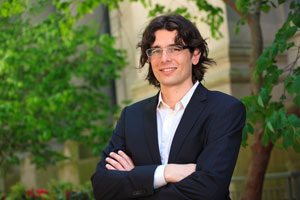 WASHINGTON, DC – After 20 long years of fighting alongside working-class families against their tyrannical and capitalistic employers, social activist and well-known socialist Charles Follannsbee has just purchased a private island and villa in the Mediterranean using money earned in a recent settlement with Walmart.  Follannsbee, who settled on $28,500,000 to drop his case, had for the past 5 years been suing the retail giant for its inhumane treatment of workers.

“It is the everyday person, the average Joe’s, the common employee that are worked like slaves to benefit a greedy few”, commented Follannsbee in his new pool, “Walmart was the poster child for this type of abuse – low wages, long hours, terrible working conditions – and my heart told me that it was my purpose in life to help make a difference.”

This strong sense of moral obligation led Follannsbee to visit over a two dozen Walmart’s, during which he was able to find a handful of employees who also felt that life wasn’t fair, before he then fabricated a case and brought the corporation to court.  “I came from a working class family myself, which is why I have a strong connection to, and understanding of, how under-valued and mistreated American workers are.”

After 5 years of fighting, during which there were many times he struggled with doubt on whether or not he should just find a job, Follannsbee accepted a large sum of money under the terms that he would drop the case and Walmart would continue offering great prices.

“I wasn’t sure what to do once we settled.  For years my life had been solely dedicated to helping others, so I wasn’t exactly sure what to do with myself.  I started looking for places to retire in the US, but considering the size of the house I was looking for I knew that the cost of maids and such would be outrageous!  Plus, anyone can do that kind of work.  That’s why I decided to settle on the villa in the Mediterranean – it seemed, quite, private, and my dollar would go farther when it came to the help.”