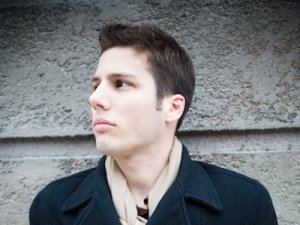 BOSTON, MA – With dreams of making his fortune in todays ever expanding tech bubble, entrepreneur and Northeastern University student Jeremy Haddaway has landed on a concept for his own social network, which he hopes after the first year or so will be bought out by Facebook for what he calls, “the big bucks”.

“Complexion Atlas [the name of Haddaway’s social network] is a social network that allows people to easily keep in touch with friends around the world”, Haddaway explained in his entrepreneurship class.  “By making a profile, users can upload pictures, update their status, or even include information such as hometown, whether or not they are in a relationship, and their birthday.”

After explaining his brain child in confidence to close friends, the general response has been positive; however, most are concerned that C.A. sounds pretty similar to, if not exactly like, Facebook.  This is where Haddaway feels that there is an exciting business opportunity and the key factor that will soon make him a millionaire.”

“You see, Facebook is getting old – and apps are being bought left and right for some serious cash”, explains Haddaway.  “This is why Complexion Atlas is going to ring the bell.  I’ll get friends and family to invest big money into it – you know, so others take me seriously – and then launch it and get about a million or so users.  Within a year, Facebook will view us as a competitor and BOOM, buy-out.”

Haddaway further explained that he views himself as being the next Instagram; however, after watching the Social Network movie, he realizes that there is going to have to be a lot of soul search and drama with friends before the money comes in.

– College Graduate Makes $120,000 First Year Out of School by Reselling His Christmas Presents

– 10 Ways to Make Quick Cash with Your Parents Credit Card